Morocco Immersion Tours & Adventure is a family… literally.  As direct descendants of the first dynasty of Morocco (the Idrissi Dynasty), our family history is entwined with Moroccan history.  We founded Morocco Immersion because of our love of our Berber culture and our desire to share it with the world. With over 20 years of experience in the Moroccan tourism industry, we provide safe and affordable adventures that allow you to immerse yourself in the beauty and magic of the real Morocco. Whether you choose a customized private tour or join one of our small group immersions, when you travel with us you aren’t a “tourist.” You are an honored guest of the family. And that is the best way to experience Morocco.

Our journey together begins from the moment you contact us.  Our years of experience in the Moroccan tour industry coupled with our heritage and life experience, we are uniquely qualified to answer any questions or concerns that you may have and to work with you to design a private tour that incorporates your personal interests.  Regardless of whether we take care of arranging everything for you from the moment you arrive until you depart or if you join us for a short tour or day excursion,  we offer distinctive and authentic experiences that allow you to gain a rich understanding of the Berber culture and the Moroccan way of life. We continue our journey together as you visit Morocco.  Our culture is synonymous with hospitality and, as a result, our number one priority is that you, our guests, are happy and comfortable.  And when you leave Morocco, we hope that you leave feeling like you’ve made new friends and that our journey together continues for years to come.  At the very least, we hope that you will have great memories of your time in Morocco.

We have built our company on three basic principles: 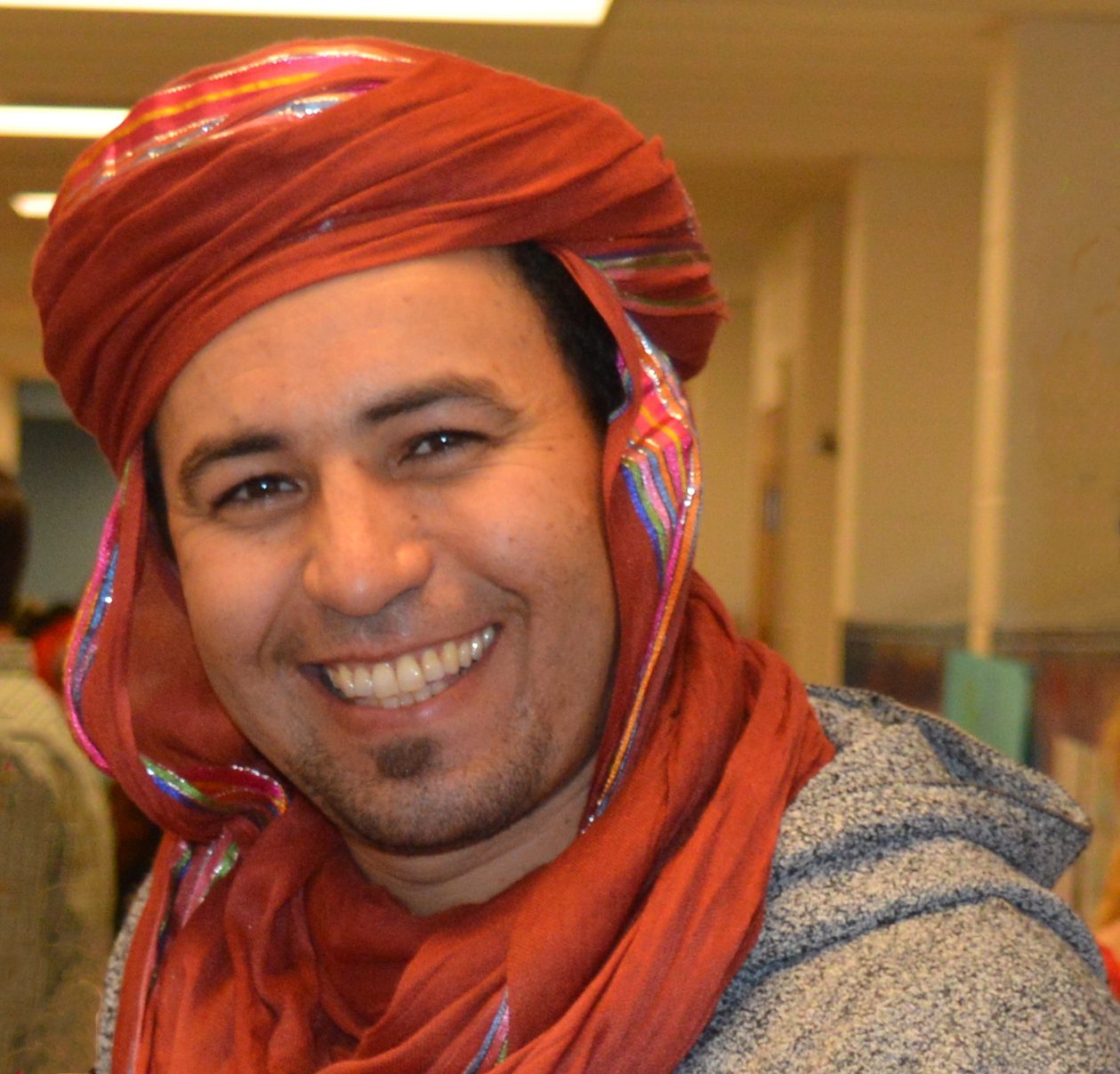 Abderrahman IdrissiFounder and Fearless Leader
As a Berber who was born and raised in a small village in the Valley of Roses, Abderrahman (Abdou for short) learned at a young age the importance of the land and a respect for nature.  While studying law at Cadi Ayyad University in Marrakech, he supported himself and his family by working as a mountain guide on the weekends.  Since then he has gained over 20 years experience in the Moroccan tour industry and takes great pride in sharing his land and his culture with his guests.  He has a deep understanding and passion for politics and served as the president of his village association for 9 years where he spearheaded projects such as establishing a local cooperative that makes and distributes rose beauty products throughout Morocco and installing solar energy panels used to distribute water to the families in the village.  He is a natural born leader and serves as the head of our company.  We call him the “Big Boss”, but you can call him “Abdou”.
Show more
Show less 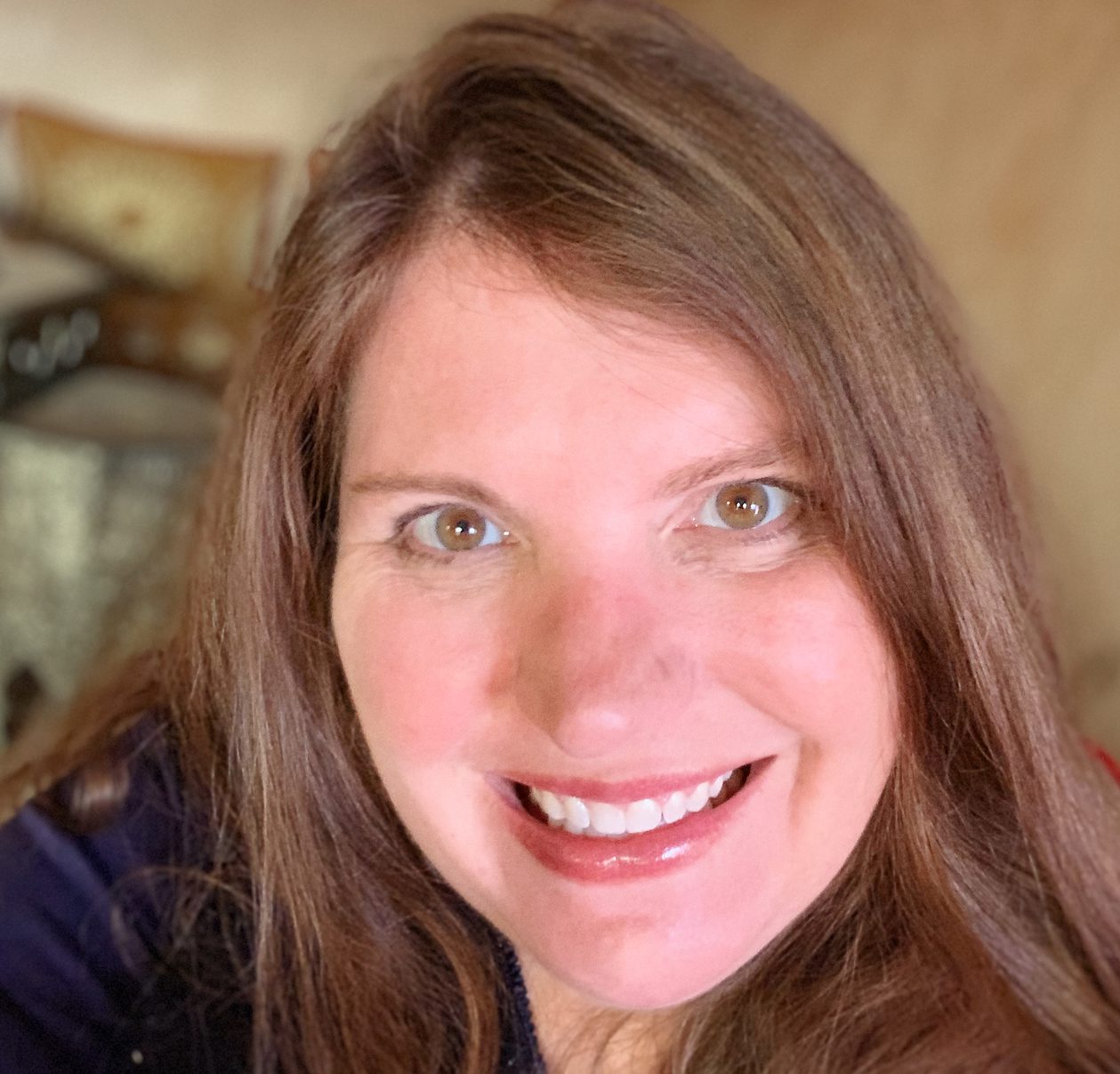 Sharon Louthian IdrissiCo-Founder and Chief Immersion Planner
American by birth and Berber by marriage, Sharon first traveled to Morocco as a tourist and fell in love with the country and its people (one in particular). Since her initial visit, she has traveled extensively throughout the country and especially enjoys discovering secret places off of the beaten path.  Sharon graduated from West Chester University with a BA in Literature and later earned a Masters in Public Administration from the University of North Florida.  She began her career working with kids with developmental and emotional disorders before transitioning to a career in IT. She now serves as our Director of Operations and Communications and is passionate about helping others to discover the beauty and magic of Morocco.
Show more
Show less 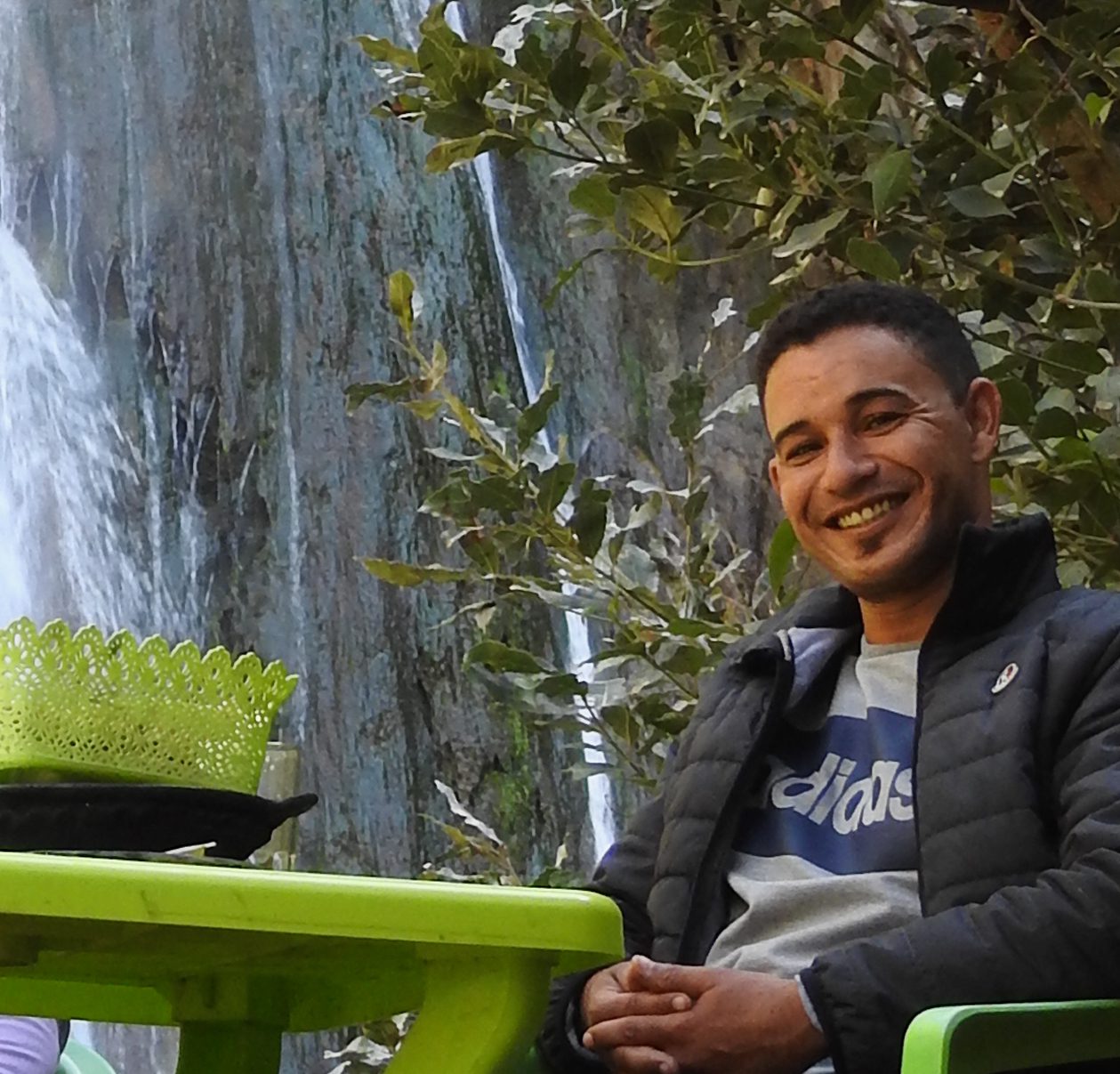 Hicham IdrissiSenior Immersion Manager and Driver
Hicham loves his job as a driver and guide and it shows. He is proud to show our guests the beauty of Morocco and  to share with them his Berber culture and identity. Hicham loves adventure and particularly enjoys driving off-road, but is serious about your comfort and safety. He studied French Literature at university and is interested in learning new languages and teaching others Berber. He is also a budding photographer and knows lots of places to get great shots (ask him for a “Berber Selfie”). Before he began driving, he spent 5 years managing the family business in the Valley of Roses.  More than just a driver, his knowledge of Moroccan culture and history is deep and he will  answer all of your questions while navigating you safely through your tour.
Show more
Show less 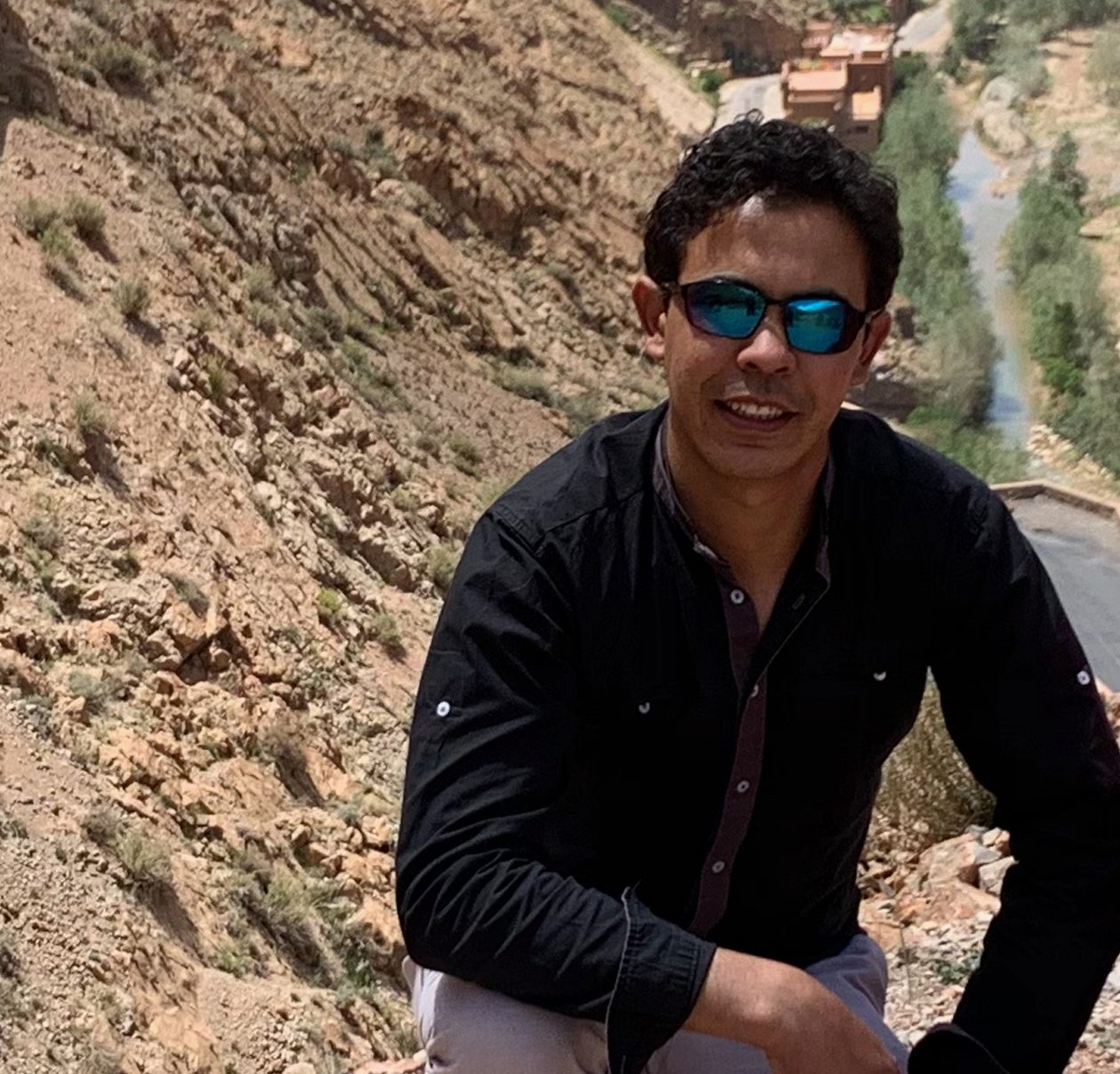 Abdelhadi 'Amnay' IdrissiSenior Immersion Manager and Local Liaison
Abdelhadi is the youngest brother of the Idrissi family and, in addition to being a wonderful immersion manager and driver, he serves as our local liaison/tour coordinator and integral in turning your dream trip into a reality. Often referred to by his stage name, “Amnay”, he is also a talented musician and singer/song writer.  As an Amazigh artist himself, he is uniquely positioned to answer your questions and provide more explanations about Moroccan history and the Berber arts.  If he is assigned as your Immersion Manager, don’t be surprised if people stop him to take photos or to get his autograph.  After all, you are being driven by a Moroccan rock star!
Show more
Show less 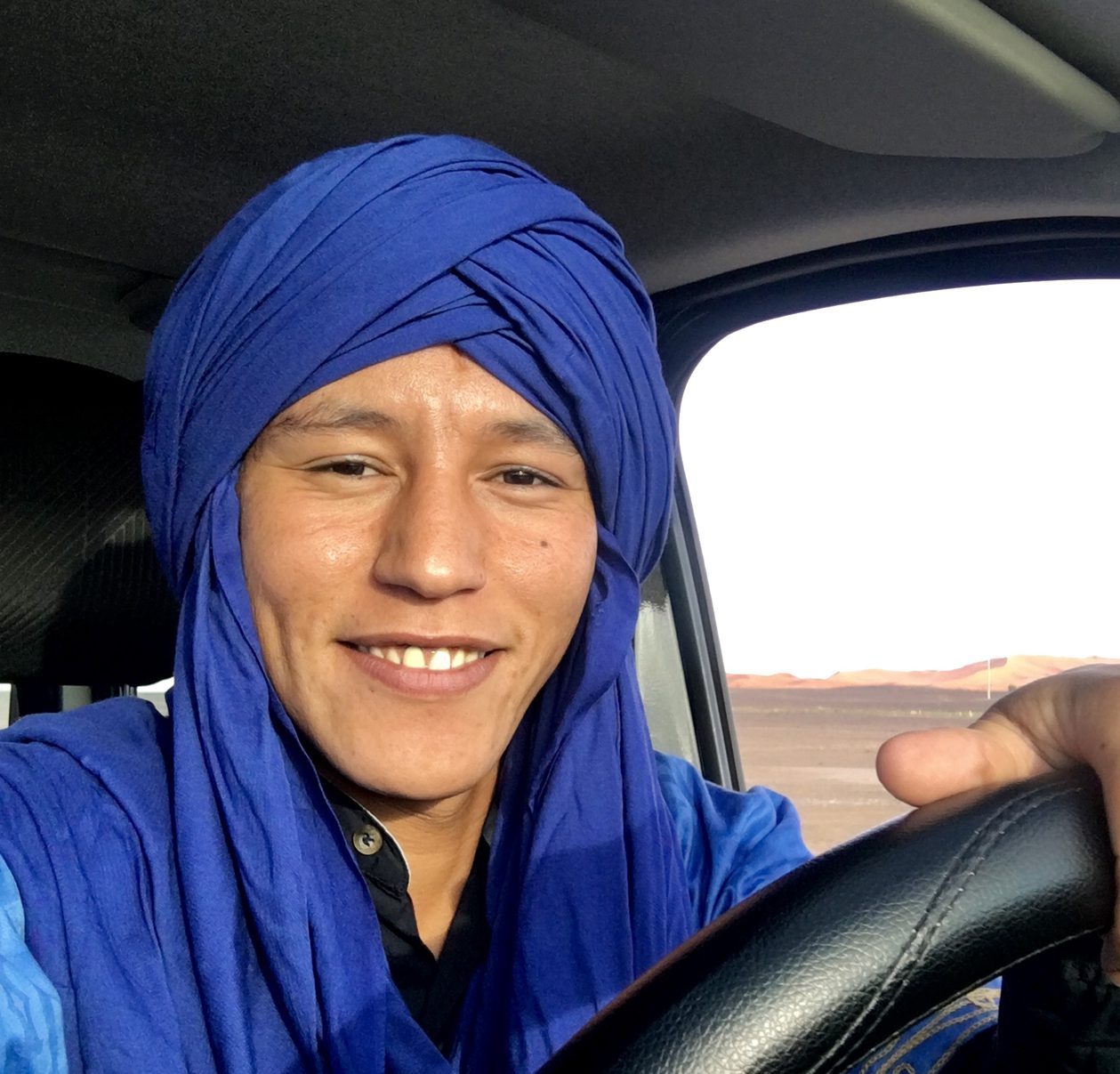 Sallam El HasnaouiImmersion Manager and Driver
Growing up at the foot of Mt. M’Goun in the Atlas Mountains (the second highest peak in Morocco), Sallam hails from the Valley of Roses. Like all of our Immersion Managers he speaks English, French, and Arabic fluently in addition to his mother tongue, Tamazight (aka “Berber”).  Sallam joined the Morocco Immersion family in 2018 and has received plenty of accolades from our guests.  His sense of humor ensures that you have fun as he safely transports you throughout the country and he also takes great pleasure in sharing his Amazigh culture.  Additionally, he is an avid filmmaker who visual tells stories through documentaries, short films, and vlogs. In coordination with the Arabic crew at BBC News, he has had the opportunity to show his videos on BBC television. Of these, the most viewed are his reports on the Festival of Roses in Kelaat M’Gouna.
Show more
Show less 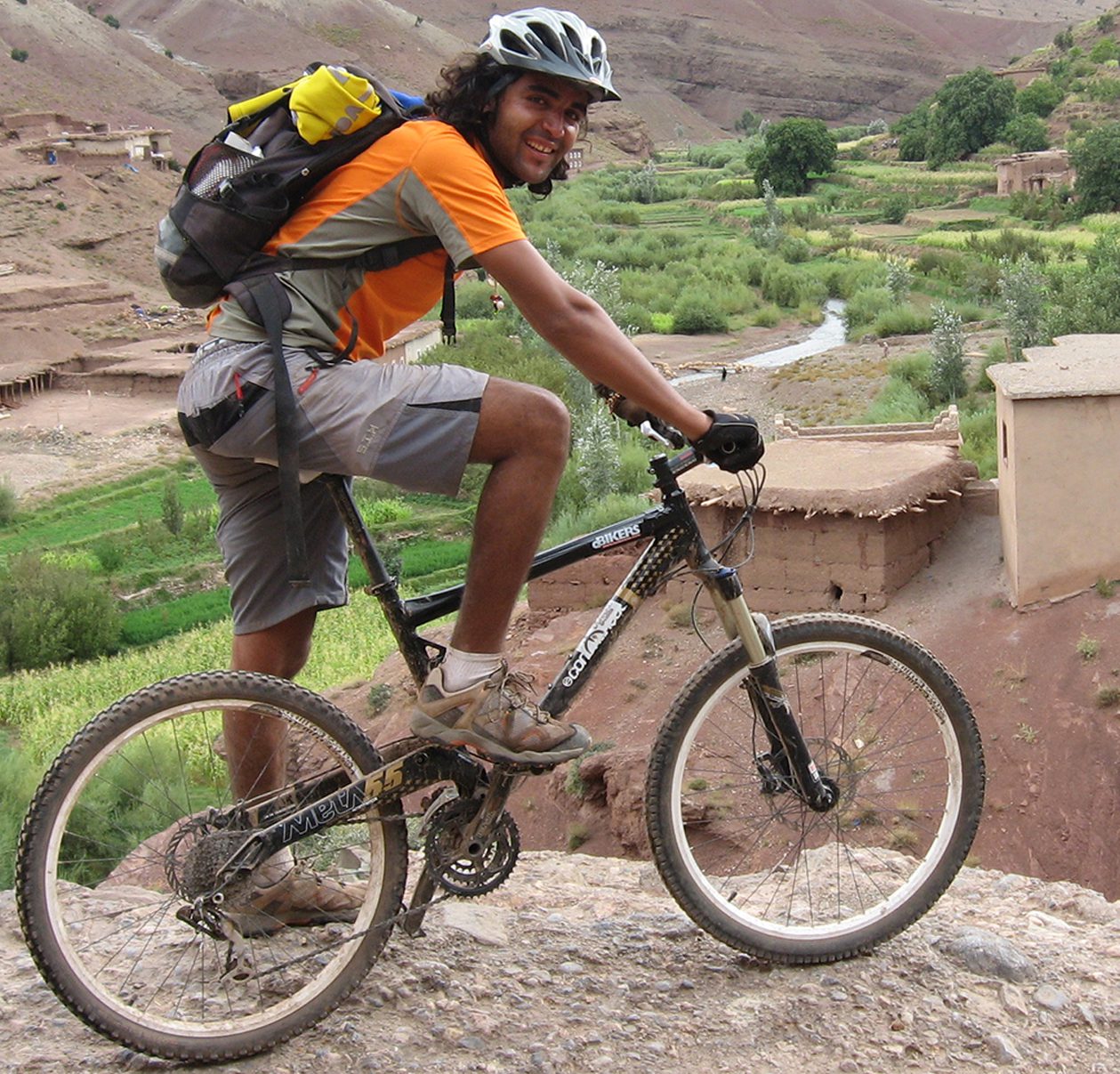 Essaddik RamiMulti-Sport Adventure Specialist
Essaddik is our adventure guy.  He also hails from the Valley of Roses and has over 15 years experience leading multi-sport adventure tours. He is passionate about cycling, motorbiking, and hiking.  His journey and life experience make him a survivor: drop him in the desert or in the mountains and he will find his way back, with nothing more than the sun and the moon, the stars or footprints to show him the way.  His fun-loving and laid back attitude will ensure that your trip is memorable.
Show more
Show less

What Our Guests Are Saying

Contact us to start planning your adventure or to get answers to your questions!