My First Trip to Morocco: The Idea

Part I: The Idea

I laughed.  I’m not sure what I had been expecting, but given our conversation up until that point, I am sure that I expected a revelation far more earth shattering than a trip.  Changing careers is hard; so is resolving family issues.  But a trip, on the other hand?  A trip is easy and definitely something that I could help with!

“Even if it is just Paris for a long weekend or something,” she continued.

“You haven’t been to Paris, yet?” I asked, surprised again.  Carrie and I were friends from our college days.  We had both been Literature majors and bonded when we co-won a scholarship awarded by the English department faculty our junior year.  But while I had used my electives to dabble in various subjects of interest, Carrie had used hers to double major in French.  Our senior year, she planned to continue studying French in graduate school.  Given her love of the French language, I had assumed that she had already visited there.  “You would love Paris.  There is art everywhere.”

“Oh, but you’ve been there before,” she said, slightly disappointed, as we boarded the shuttle bus to the Kennedy Center.

“We should go somewhere you haven’t been,”  she replied without hesitation. “I’ve always wanted to go to Africa.  How about Morocco?”

And just like that, we had a “where”.  As we disembarked and headed into the theater, we discussed the “when”.  Since Carrie had three small girls, we decided that it would be easiest for everyone — especially her husband — if we picked a time when her girls had a few days off from school so that they could visit Carrie’s mother while we were gone.  With that in mind, we settled on President’s Day Weekend in February of the following year.  And so, in a sum total of 15 minutes, we had decided on the “when” and the idea of our trip to Morocco began to take shape.

Our conversation quickly turned to the next subject, as it tends to do when longtime friends meet again after years apart.  The subject of Morocco did not come up again until we said our goodbyes.  As we parted company, we both promised to do a little research and planned to meet again to discuss the “how” of the trip, among other things.

I will freely admit that at that time I knew very little about Morocco.  Oh sure, I knew where it was located and a few other tidbits. And yeah, I had been to the Moroccan pavilion at Epcot in Disney World.  I vaguely remembered a college professor telling a story about taking the ferry to Tangier from Spain for the day, but the only details I could remember were that he had eaten way too much and that I had thought that it would be cool to do that if I ever found myself in Spain.  But beyond that and since then, I had never really thought about going there. So, the next day during my lunch break at work, I went to the local Barnes & Noble and bought my first guide book about Morocco.

As I thumbed through the glossy pages of my new book looking at the stunning full colored pictures, I started to get excited.  The details were all still fuzzy, but one thing was becoming clear: This little trip to Morocco, which started as nothing more than a whim, was going to be one grand adventure….

American by birth and Berber by marriage, Sharon first traveled to Morocco as a tourist and fell in love with the country and its people (one in particular). Since her initial visit, she has traveled extensively throughout the country and especially enjoys discovering secret places off of the beaten path. 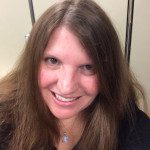 One Comment to My First Trip to Morocco: The Idea

This site uses Akismet to reduce spam. Learn how your comment data is processed.